skip to main | skip to sidebar

Tuesday Poem: From the Witch Series 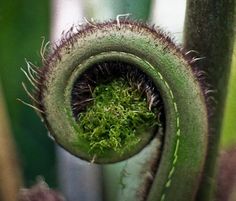 took herself out one day,
to the woods she’d been foraging in
for years, went out among the may-apples,
colts foot, burdock, lamb’s quarter,
plants she read , nature’s literature,
expanding her life beyond itself,
nurturing woods, medicinal woods –
learning all its secrets, riding the steady
wheel of the seasons, its comings and goings,
the small predictable bounties.

Woods she’d come to, after quitting nursing,
collecting for teas, elixirs, and tinctures,
taking other peoples’ children
on wild foods walks, collecting
watercress, nettles, ramps,
and in the spring, morels, their tiny
convoluted skulls peeping out among the roots.

I can hear her low voice, its sibilant consonants
and vowel melodies filling the afternoon shade
with the riches all around us, opening our eyes.

Herbalist, house wren,
small, watchful, and full of knowledge,
went out to the woods alone
one day, not long after her divorce,
stood at the edge of the deepest
rock ravine, and threw herself down.

Who knows how long she lay there,
awake and aware, as the raptors
went sliding overhead, how many
nights she watched them turn into stars?

Those of us who saw her
for the hero she was trying so hard to be,
hope new shoots feathered up
around her, unfurling a green caress,
that little birds gathered above her,
to sing her their sweetest songs.

That's very sad...especially after the love of nature this woman had and shared. Your poetry really cuts to the chase!

Eileen D. Moeller
My aim in the poems is to catch the reader in an erotics of sound, story, and feeling; the web that stretches between the poles of lyric and narrative. I look for surprises, wait for them to leap up out of the quotidian, like fish breaking the surface of the poem at its ruptures of juxtaposition and metaphor. We read the world through the lens of the body, and I try to ride its hungers, triumphs, joys, follies, wounds, even its decay. So the soul evolves in its salt brine of words. Most of the poems contained in this blog came to me before the images, which were then selected to complement the writing.